Phil has one of the rare capabilities possessed by few vocalists–a stratospheric 3 1/2 octave range and impeccable intonation.  Phil is the singer/songwriter behind the critically acclaimed rock act, Creamer.  His feel for blues gives him the special ability to deliver the soulful melodies of the great Robert Plant.  Phil originally hails from Dallas Texas and lives in Nashville where he is called on to sing and produce vocal sessions.  Phil is also a vocal teacher.  Phil has enjoyed performing with members of the Black Crowes and Wilco and many others.  Phil embraced the idea of joining Stairway To Zeppelin, “Singing in a Led Zeppelin Tribute of this caliber is incredibly satisfying, there is no better rock I know of.  It’s iconic ” Click here for more info 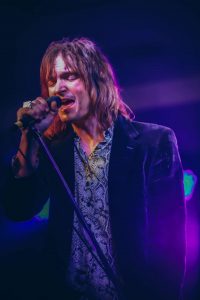 Eric Swanson, bass / vocals is an award winning film composer and conductor with his music appearing on Netflix, A&E, MTV, Discovery and more. His videogame music credits include Metal Warriors, Skeleton Warriors among many and appeared on stage with members of Vanilla Fudge, Quiet Riot, King Cobra among others. Eric is a graduate of The Berklee School of Music; UCLA’s Film Scoring and Audio Engineering Programs.  Eric joined Stairway To Zeppelin because of his love of this music.  “A Led Zeppelin tribute of this caliber is like playing the great classics, Bach, Beethoven in an orchestra.”Click here for more info 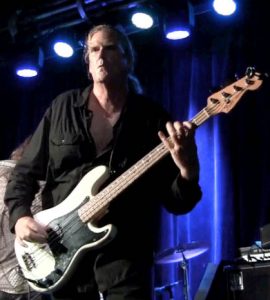 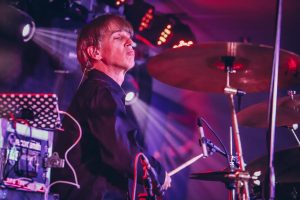 Owner and award winning producer @ the famed County Q Studios in Nashville. Paul has been the producer at the genesis of many hits to come out of Nashville, from Rascal Flats to Kenny Chesney. Paul’s productions at County Q has won many ASCAP awards and has hosted thelikes of Garth Brooks and Trisha Yearwood, back when they were singing demos!   From a drummer’s perspective, Paul determined that joining this Led Zeppelin tribute would bring the joy of performing challenging drum parts by the great John Bonham of Led Zeppelin.